By Santosh Singh Dagur August 6, 2017 5 Mins Read
Share on Facebook Share on Twitter Pinterest LinkedIn Tumblr Email
Share
Share on Facebook Share on Twitter Pinterest Email LinkedIn
Yes, I am going to take you to go through the social media presence of Prime Minister of India-Narendra Modi. He has not only made it a source of communicating to the Indians but also has used it wisely for his political and social benefit.
He tweets, he writes on Facebook, he writes blog and moreover he shares his best images on Instagram like we all do.
He has millions of followers, likes and views on his Photos.  He has thousand of critics on social media or in his politics but the reality is he doesn’t respond to them. He knows how to communicate with people and how he should use social media.
He never forgets Birthdays of top world leaders, Chief Ministers, Governors and top intellectuals. This way he not only shares his feeling but also wins the heart of Indians. How he has used social media in his election campaign. This case study shows that he is master in social media and has won the people’s heart and their votes.
You can learn some lesson from his social media presence and how he has used this. This newspaper explains well- The Hindu Business Line
The WSJ wall street journal  researched on his campaign and came to know some learn-able lesson from his campaigns and use of Social Media where he is a superstar.
Modi is the most popular politician on Twitter after US President Barack Obama.

“Modi has used social media successfully to shape his public image as a tech savvy leader, aligning himself with the aspirations of a younger generation in India,” said US-based scholar Joyojeet Pal, assistant professor at University of Michigan’s School of Information, whose paper has been published in the latest issue of the Television and New Media journal.

India Today writes– Modi is the most popular politician on Twitter after Obama. He maintains a Facebook page which has 28 million likes, and he also has a ‘Chai pe Charcha’ campaign in which he chats about national issues over tea via online video.
You can also check different case studies by different researchers and professors across the word. here is one slide-share

He is very quick to respond you here. You can read what is happening, what new scheme is coming? Who is doing what in Govt. And where is Prime Minister of India is visiting now?

As we all know Facebook is good way to interact with people across the world and he has used this platform nicely to run his government smoothly.
Even a popular brand is fail to get so many interactions on their Facebook Page. Narendra Modi gets 45-50K likes, 20-30K shares and thousands of comments on his each posts. This is very high for any Indian Politician.
Following is screenshot of Facebook Page of Narendra Modi

With over millions of Followers on twitter. Narendra Modi is the second most followed Politician on twitter following Donald Trump President of United States.
using 140 characters for communication of his govt policy and information about different schemes Prime Ministed has earned more reputation that any other politician cant do it.

Can you Imagine a high responsive website of a Politician which has thousands of visits a day like any E-commerce website? Yes, Prime Minister Narendra Modi has such website which has highest rank among other Politician with 4000+ rank in India.  When you visit this site you can find several options which you can like and collect information and knowledge about your Govt. He has wisely shared links of other top important Govt sites and his social media profiles. You can also drop a message to him directly or engage with others

can find several options which you can like and collect information and knowledge about Yes, He has app as well which you can download in you Android Phone or in iPhone. Nothing is far from you about government. Where some companies and brand are planning to launch their app or website. He has understood the need of time and technology. Happily he has invited people to join and download it on several platform. On his foreign tours he motivates people to interact with him through Mobile app.

LinkedIn world’s top most professional site where you find Professionals from different industries. When Narendra Modi joined he immediately got thousand of professional followers which is not easy like Facebook of twitter. But he maintained his professionalism here. He writes very informative and important post here which should be matched to this platform.

Instagram is favorite app for teenagers and for adults where people share their pictures. But Narendra Modi joined it where he shares his best pictures. Don be surprised he has millions of followers on Instagram as well.

Narendra Modi on Google plus

can find several options which you can like and collect information and knowledge about Google Plus is almost dead platform but its best for SEO but very few people are active on it as people think so. The reality is that Google owns this and so it has huge visits. So Modi didn’t leave it and joined this as well when you will find his millions of followers as usual. 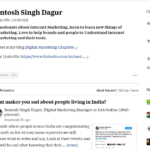 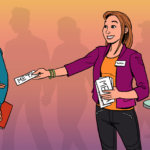 3 Tips to Boost Your SEO with Meta Description

Thank you for helping people get the information they need. Great stuff as usual. Keep up the great work!!! Buy Instagram Likes UK

I Read almost all of your Blogs but i loved this one very much
Keep doing the good work
Please publish more blogs like this
To know more about DIGITAL MARKETING do visit the below mentioned Link-
http://edudelphi.com/ae/digital-marketing-course-dubai/

There are many ways to create a website but however with certain restrictions. Best way I would like to suggest is to know the basics of web designing with html and css and then start creating the website of you choice. #www.bynd.co.in

This is amazing blog. I always look forward to your blog. Visit our website for http://digitalmarketingprofs.in/blog/best-digital-marketing-course-in-rohini-delhi/

Your website is really cool and this is a great inspiring article. Thank you so much.
best smm panel