WhatsApp Statistics and Facts for 2021

Whats App Statistics and Facts in 2021

Prior to knowing statistics about Whatsapp, you must know What is Whatsapp?

In 2009, Brian Acton and Jan Koum invented a mobile messaging application called What’s app. Their purpose was to offer a technology-based alternative to the users in the place of regular text messaging, which is a short-message-service SMS.

In 2014, Facebook acquired Whatsapp for $19 billion and today it is amongst the most popular mobile applications across the globe.

Here are some statistics and facts you must know about WhatsApp in 2021.

At present, there are over 2 billion Whatsapp users across the globe and the number is increasing continuously. In 2018 it was 1.5 billion in comparison to 1 billion in 2016, this number of WhatsApp users is witnessing a continuous surge at a speed of half a billion in every two years.

Whatsapp is soon going to be the ruler of social media, following the footsteps of Facebook. In 2019, Facebook had 2.45 billion monthly active users.

The company is excited with this increase in the number of users and announced its plan to invite advertisement placements on Whatsapp. However, this plan sparked a controversy.

The recent Whatsapp statistics shows that 1.6 billion of its users have access to Whatsapp on a monthly basis. This figure is close to that of the Facebook users which stands at 0.3 billion or 23 percent. Facebook is also the parent company of Whatsapp.

However, China has blocked Whatsapp despite this being the most popular mobile messaging application.

Whatsapp is more popular than its alternatives in China, such as WeChat and QQ Mobile. The applications have 1.133 billion and 808 billion monthly active users respectively.

Following them are Snapchat with 314 billion and Telegram 200 billion in the past six months.

This Whatsapp statistic gives you the idea of how popular Whatsapp is. Whatsapp application downloads stood at approximately 96 million (Sensor Tower, 2020) in February 2020.

This marks 42.4% YOY growth from February 2019. This was also the second most installed non-game application all over the globe after social media app TikTok, which registered 113 million downloads.

Whatsapp is popular among Android users than iOS users as well.

At present, Whatsapp is available in more than 180 countries around the world and caters to the local crowd with downloading options in 60 different languages.

It covers the maximum market in the European countries, specifically in the Netherlands with 85 percent, Spain by 83.1% and 83% in Italy.  Interestingly, Whatsapp is not leading the mobile messaging market only in a handful of countries.

The countries which do not permit Whatsapp operations are China, Cuba, Syria, Iran, the UAE, North Korea, and Qatar.

Some have implemented bans such as Voice Over Internet Protocol (VOIP) services; it means that text messaging can be done but voice calling is completely banned.

At present, India is the biggest market for Whatsapp as it has 340 million users here. In second place is Brazil with 99 million users. Interestingly, India makes up 49 percent that is half of the total number of Whatsapp app downloads in the month of February 2020.

Inspite of getting incepted in California, Whatsapp is yet to find its ground in the United States as it has only 68 million users in the country. Out of which only 26 million are said to be the monthly active users.

It seems like people in the United States prefer Facebook as a messaging platform in spite of Whats app Facebook Messenger and Snapchat having 106 million and 46 million monthly active users respectively.

In 2011, Whatsapp achieved a new milestone as it was used to send over 1 billion messages in a single day.

In today’s time, this figure has changed in a positive manner. In the present scenario, over 65 billion messages are being sent daily via Whatsapp.

In the span of just eight years, the company has grown the number of messages sent per day.

Users are not looking at Whatsapp as a texting platform but also consider it for voice calling and video calling. The users use Whatsapp’s calling feature to the maximum with over two billion minutes of voice and video calls being made on WhatsApp every day.

These are some of the interesting facts about WhatsApp in 2021. 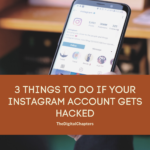 What is Native Advertising? Everything You Need to Know

How to use Business WhatsApp ?